The core structure of ICES derives from the GTAP-E model (Burniaux and Troung, 2002), which in turn is an extension of the standard GTAP model (Hertel, 1997). The General Equilibrium framework makes it possible to characterise economic interactions of agents and markets within each country (production and consumption) and across countries (international trade).

ICES is a Computable model: all the model behavioural equations are connected to the GTAP database, which collects national social accounting matrices from all over the world and provides a snapshot of all economic flows in the benchmark year.

Being based on the GTAP database, ICES has worldwide coverage. While the database gathers information on more than 150 countries, usually this detail is aggregated into a lower number of countries and macro-regions, to better address a specific research question.

Within each country the economy is characterised by n industries, a representative household and the government. Industries are modelled as representative cost-minimizing firms, taking input prices as given. In turn, output prices are given by average production costs.  The production functions are specified via a series of nested Constant Elasticity of Substitution (CES) functions that combine primary factors (natural resources, land, and labour), a capital&energy composite, and intermediates, in order to generate the output (Figure A). The ʺArmington assumptionʺ introduces some frictions on the substitutability of inputs imported from different countries.

Figure B describes the main sources and uses of regional income. In each region, a regional household receives income, defined as the service value of national primary factors (natural resources, land, labour, capital). Capital and labour are perfectly mobile domestically but immobile internationally; instead land and natural resources are industry-specific. Income from different agents is used to finance three classes of expenditure: private household consumption, public consumption and savings; the utility of private household consumption has a Constant Difference of Elasticities functional form. 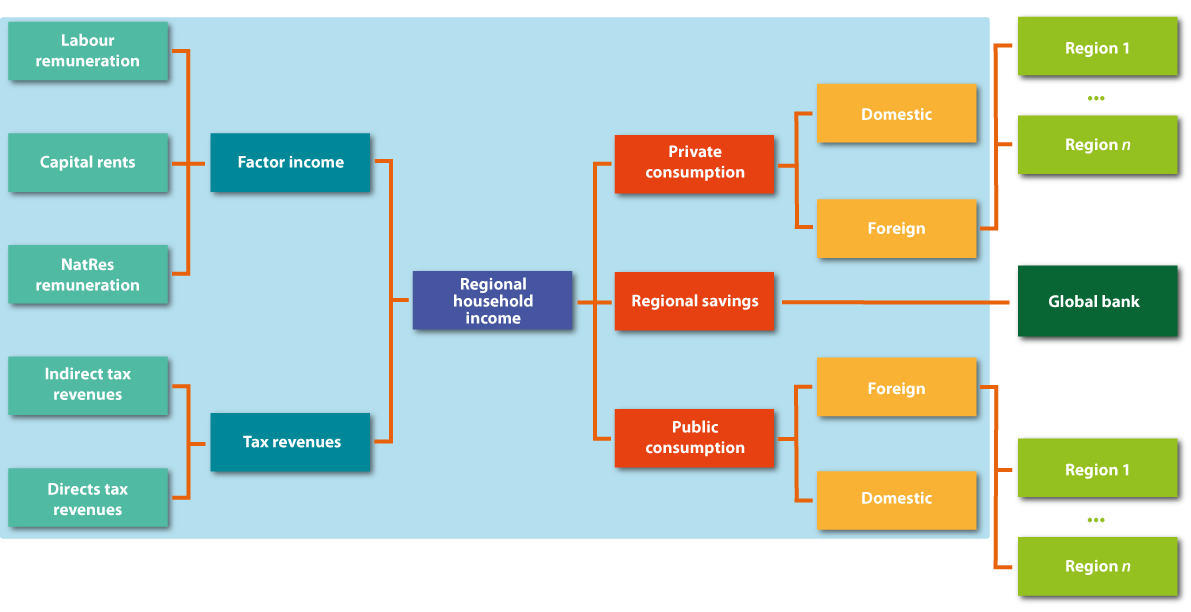 Figure B: sources and uses of regional household income

The  recursive dynamic feature is described in Figure C. Starting from the picture of the world economy in the benchmark year, by following socio-economic (e.g. population, primary factors stocks and productivity) as well as policy-driven changes occurring in the economic system, agents adjust their decisions in terms of input mix (firms), consumption basket (households) and savings.

The model finds a new general (worldwide and economy-wide) equilibrium in each period, while all periods are interconnected by the accumulation process of physical capital stock, net of its depreciation. The matching between savings and investments only holds at the world level; a fictitious world bank collects savings from all regions and allocates investments following the rule of highest capital returns. 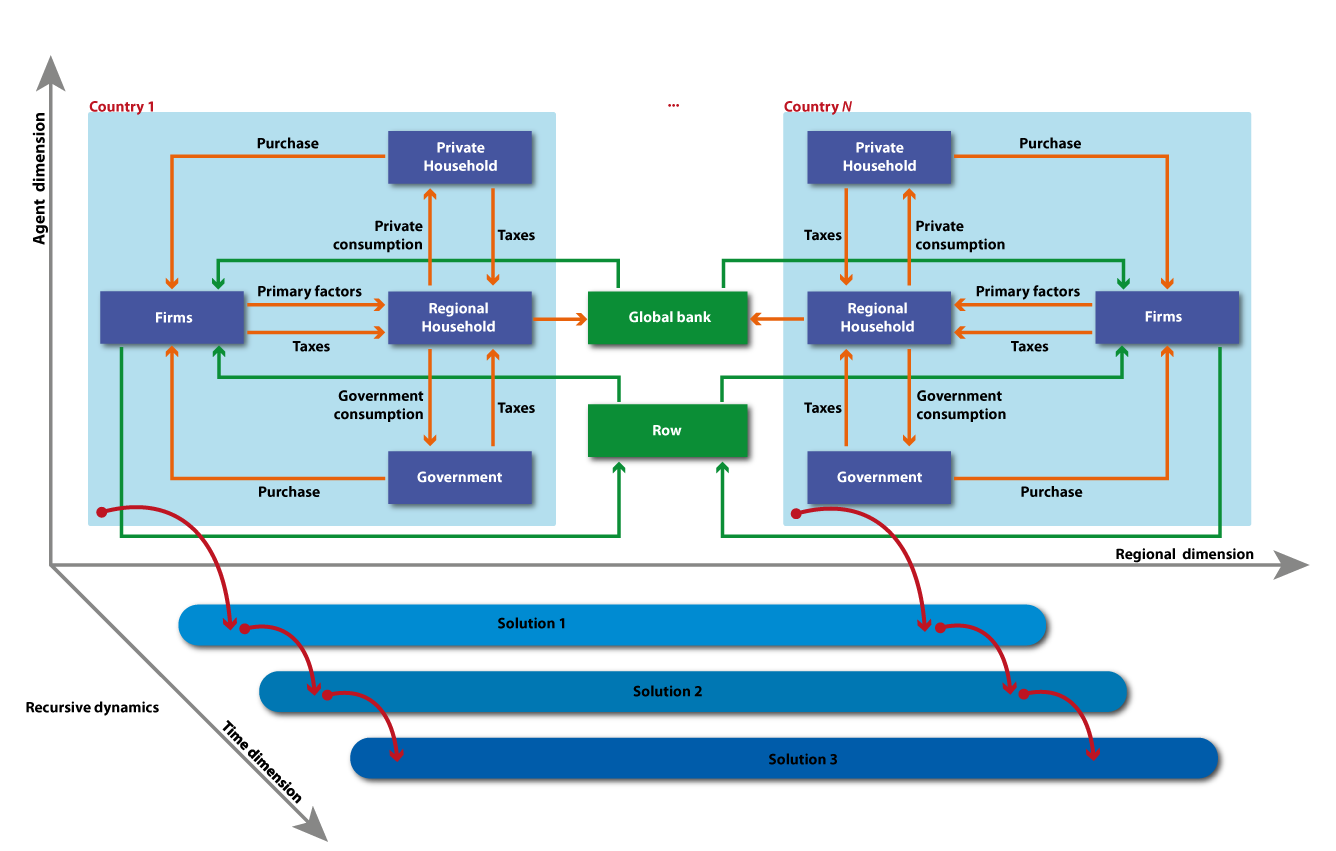 Discover all ICES topics and model features by clicking on the icons below.