The implications on policy assessments of having a more detailed public sector are analysed with an extension to specifically consider the public actor (ICES-XPS). In the core model the government is part of a regional household without a budget and limited to consuming only a fraction of regional disposable income (see Figure B, ICES core). ICES-XPS disaggregates the regional household into the two main actors in the economy: the private household and the government (see Figure below). 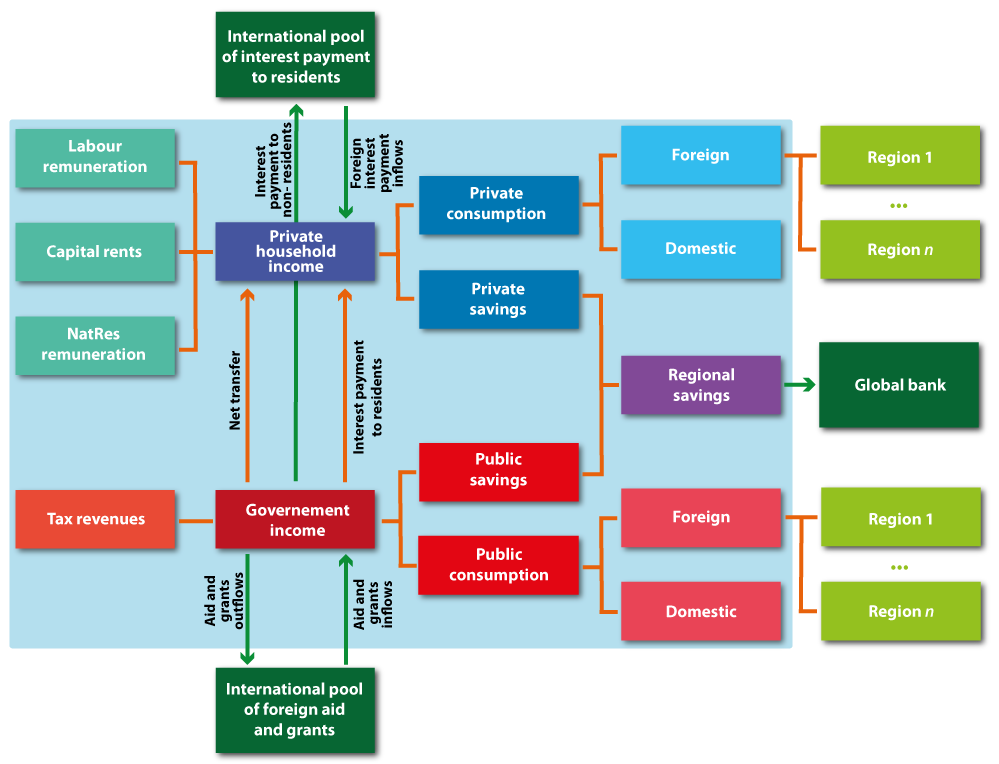 Figure: the income generation and uses in ICES-XPS

Therefore, the regional income is split into:

A series of international transactions among governments (foreign aid and grants) are collected by a fictitious international pool which redistributes them among recipient countries.

Transactions between the government and the private household consider flows inside the regional economy:

In this category, we also include flows among governments and foreign private households such as:

Both the government and the private household consume a part of their income by choosing between a bundle of domestic and foreign commodities. The latter originate from different countries according to an elasticity of substitution (the so-called Armington assumption).

The government income not spent is saved, and the sum of public and private savings determines the regional disposable saving, which enters the Global Bank as in the core ICES.

Discover all ICES topics and model features by clicking on the icons below.