Starting from the ICES core model, we develop an extension called ICES-XPS to specifically consider the public actor. Indeed, in the core model the government is part of a regional household but it hasn’t its own budget and its representation is limited to only consuming a fraction of regional disposable income (see figure B, Core model). In this extension, instead, we split the regional household into the two main actors in the economy, i.e. the private household and the government. 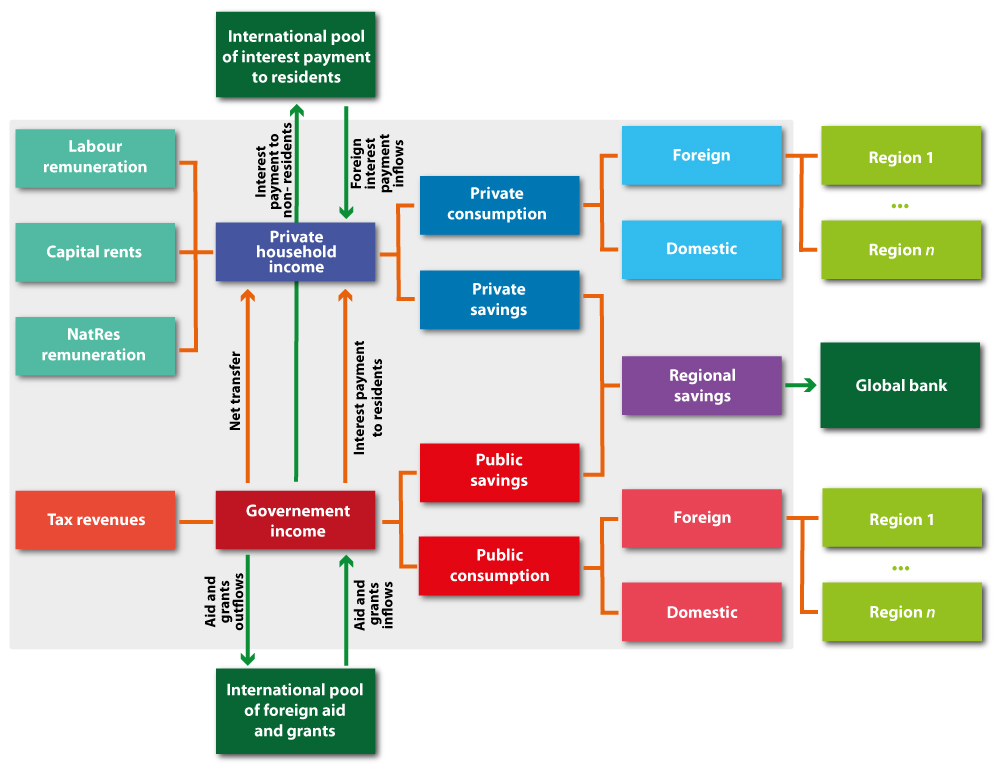 Figure: the income generation and uses in ICES-XPS

In ICES-XPS, the regional income is split into:

A series of international transactions among governments (foreign aid and grants) are collected by a fictitious international pool which redistribute them among receiving countries.

Transactions between the government and the private household consider flows inside the regional economy:

and flows among governments and foreign private households such as:

Both the government and the private household consume a part of their income choosing between a bundle of domestic and foreign commodities. The latter originate from different countries according to an elasticity of substitution (the so-called Armington assumption).

The government income not spent is saved, and the sum of public and private savings determines the regional disposable saving which enters the Global Bank as in the core ICES model.

The ICES model has been developed in two regionalized versions:

The figure below summarizes the interlinked structure of the regionalized ICES model. The trade structure now involves trade flows to other regions inside the country, to regions outside the country and to other countries. 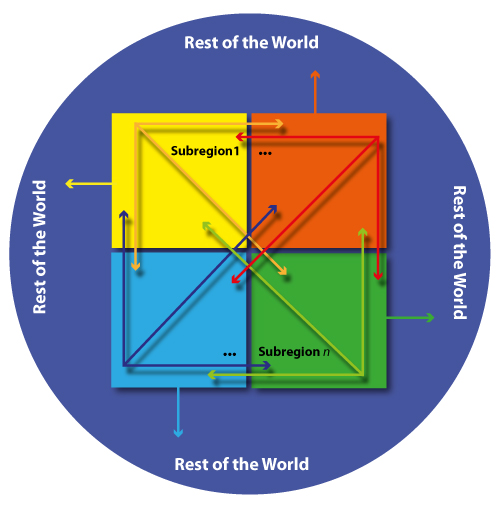 To determine these trade flows, the two versions of the model differ in their methodology:

Then, some assumptions on substitution parameters in trade among sub-regions and countries and in factor mobility are made. The Armington elasticities are higher for trade among regions than among countries to consider the so-called border effect, and to avid unrealistic full specialization at the sub-national level.

Regarding the primary factor mobility: